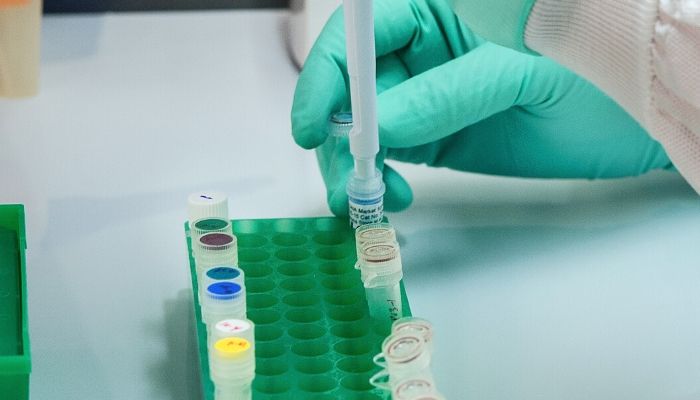 Last week saw the government pulling out all the stops to meet its testing target of 100,000 Covid-19 tests per day by the end of April. By Thursday, over 81,000 daily Covid-19 tests were carried out, and on Friday evening the government reported that they had exceeded their target completing 122,000 tests in one day. Although there’s been some controversy regarding the accuracy of these figures, there’s no doubt the government has dramatically increased its testing capacity from just a week ago when it stood at just 25,000 per day.

On Thursday, speaking at his first press briefing since recovering from the virus, Boris Johnson acknowledged that logistical challenges, some still existing, had impacted on the number of daily Covid-19 tests. This saw a discrepancy between the government’s testing capacity, and the number of tests actually taking place. The British Medical Association had said the accessibility of centres was a major problem, with some people driving hundreds of miles to their nearest site – especially difficult for people suffering symptoms of Covid-19.

To tackle the problem of access to testing, the government have significantly ramped up their testing capabilities. A network of 41 drive-through centres is still growing, where those who are eligible can self-refer through an online portal. More than 70 military-run mobile units also went into operation, meaning that key frontline workers in care homes, police and fire stations and prisons could be tested. In addition, a home-testing kit service was launched to massive demand.

The government also extended the classification for testing eligibility to those with symptoms who are essential workers, over 65 or have to work away from home, as well as to anyone who lives with someone in these groups and has symptoms. In care homes, staff and residents in England can now be tested even if they don’t have any symptoms.

But these tests only show if a person currently has the virus, not if they’ve had it in the past. For this reason, a total of 20,000 households in England will take part in a study where they will be tested every month for a year – for both active coronavirus infections and for antibodies that would indicate a past infection.

A further home-testing study was announced on 29th April to track levels of infection within the community with a view to developing a test for antibodies that could be reliably self-administered. So far, the antibody tests that have gone through the validation process have not proven accurate enough to be rolled out for public use. Short of a vaccine, testing for antibodies is the only way out of lockdown.

Although the presence of antibodies doesn’t guarantee immunity, it can help people, including NHS workers, know if they’re safe to be at work. Antibody testing also helps scientist to predict the future trajectory of the Covid-19 virus, which can inform the government’s decisions around social distancing and lockdowns. Crucially, antibody tests can also play a significant role in the development of ground-breaking new treatments.

The first patients were injected with a potential vaccine last week, as two test studies got underway led by Oxford University and Imperial College. There was also news of potential new treatments, such as Remdesivir, which is thought to increase the recovery time of Covid-19 patients, reducing the need for intensive care and therefore relieving pressure on hospitals. The University of Oxford is running the world’s largest trial of Covid-19 drugs.

With the Prime Minister announcing that he will unveil a “roadmap” this week detailing how the country will gradually come out of lockdown, he stressed that the logistics of this will be “data-driven”. Testing means that the quality of this data is increasingly reliable to take the country into phase two of the coronavirus response, now that we have officially passed the peak of infection.

Although the pandemic has adversely impacted many business sectors, there are some industries that are experiencing increased demand.

ContractingWISE has a range of options to help you keep your contracting career on track, including setting up or reopening a limited company, or finding an umbrella company to suit your needs. To talk to a member of our team, call: 0203 642 8679