Is your CV fact or fiction?

According to a new industry study, Millennials are twice as likely to lie on their CVs than older generations. The study found that people born after the mid-80s take greater liberties when it comes to accurately representing their employment history, education and professional qualifications.

While it’s always been acceptable to be a little ‘creative’ on your CV, the line between exaggeration and misrepresentation is becoming increasingly blurred. While 11% of people in the study admitted to telling outright lies, it seems that the majority of CVs fall into a grey area somewhere between fact and fiction.

This is hardly surprising considering dominant social influences such as reality TV and Facebook, where the truth is presented as ‘flexible’. A little staging, editing and airbrushing, and it’s not long before you have something that, while it might not be an outright fake, bears little relation to reality.

The problem is, the more people who make false claims on their CVs, the more pressure there is to lie in order to compete. As tempting as this is, it’s always better for candidates to keep their CVs factual. While it’s fine to play up your strong points and downplay weaknesses, crossing the line that separates confident self-promotion from deception can have consequences. 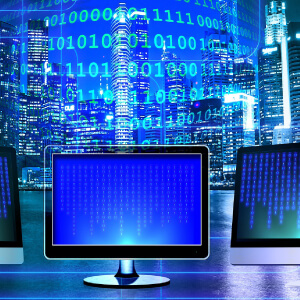 The increasing amounts of ‘embroidery’ that people are using on their CVs means that it’s likely recruiters and employers will be able to spot patterns that mark out a suspect CV.  What’s more, advances in AI are making it much easier to verify information, while interviews are frequently including task-based elements aimed at assessing aspects of a candidate’s ability on the spot.

It’s also worth keeping in mind that even if you bag the role, anything that subsequently brings your experience into question can lead back to your CV. In rare cases, employees have faced prosecution, but the most likely scenario is that a candidate would lose their position and receive a ‘black listing’ that prevented them from applying to that organisation in the future.

As a good rule of thumb, whatever you claim on your CV, you should be able to substantiate or verify. While it’s common for people to lose certificates or forget exact dates, bear in mind that these can be checked from records that are increasingly accessible. Lies also have a way of quickly unraveling, so before you’re face-to-face with an interviewer asking you exactly how you managed to singlehandedly “increase company turnover by 2.5 million in 12 months”, you might want to reconsider your wording.

Instead of risking your reputation by lying, there are plenty of ways you can present the information on your CV to your best advantage. It’s worth remembering that a CV is different from an application form, where employees can ask you for specific information that’s relevant to the position. In a CV you’re only required to give general information that would apply to most positions. Below are some guidelines for handling tricky information so that you stand out without getting caught out.

Given the impact of the recent recession, it’s not unusual for people to have significant gaps in their employment history, or longer gaps between contracts. Unless you’re directly asked, you’re not obliged to say that you were unemployed or claiming benefits, the key is to show that you used this time constructively. Professional development is always viewed favourably, as long as you can substantiate any training courses with certificates and dates. What’s equally desirable though, is evidence of personal development that you can relate to your all-round ability. Soft skills are becoming increasingly important in the workplace; therefore voluntary work, travel, language skills or ‘mindful’ activities that have helped to you to broaden your experience can also be presented in a favourable light.

In most cases, its better to keep your CV short and focused, and for this reason, some people only list the jobs they feel are relevant. This is especially true for contractors, who would otherwise present the recruiter with a long list of previous engagements. In general, irrelevant, part-time, or casual work doesn’t need to be included on your CV, unless it accounts for a significant period of time. For example, you may have undertaken casual work following a redundancy, or when contracts were thin on the ground. Employees increasingly want rounded individuals. This means that they will rarely look unfavourably on candidates who have shown an ability to adapt to the market, even when it means working below their skill level. Again, the key is to make the experience as relevant as possible to the role you’re applying for.

You can generally omit a job dismissal it if only lasted a few months, was more than ten years ago, or is completely irrelevant to what you’re doing now. However, you’ll need to include it if was your last position. Although you don’t need to state the reason you left on your CV, you should be prepared to talk about it at interview. Rather than assigning any blame, it’s good to frame it as learning experience. When it comes to references, many people mistakenly believe that your boss can’t give you a bad reference by law, but that’s not entirely true. References just have to be accurate and fair. As the reasons for dismissal can often be contentious, it’s becoming increasingly common for companies to simply confirm the candidate’s employment dates, rather than giving a positive or negative reference.

If you have health problems that don’t affect your ability to do the work, you can often avoid mentioning them in your application. One of the risks in mentioning illness on a CV is that an employer might think it will affect the candidate’s reliability, ability or attendance. With certain positions involving a duty of care towards others, you’ll be required to disclose certain conditions that might affect your performance. If you’ve had a significant period of time away from work because of mental or physical health issues, you should carefully assess how these might impact on the job you’re applying for and be prepared to discuss this at interview.

It’s been estimated that a fifth of the UK working population has a criminal record. The Rehabilitation of Offenders Act means that in most circumstances an applicant doesn’t need to state any ‘spent’ convictions. However, repeat offences, no matter how minor, can automatically be disclosed to an employer by the disclosure and barring service. The Home Secretary recently proposed that this law was reviewed in order to prevent discrimination. Roles involving a duty of care towards others, such as teaching, law enforcement and healthcare will automatically involve a DBS check. This regulation is rigorously enforced; therefore you should disclose anything relevant on your CV if you’re in doubt. For detailed information about criminal records and disclosure, you can download this useful leaflet or refer to the government’s own guidelines.

Proven and verifiable skills listed on your CV are a contractor’s primary asset. These will provide a clear indication of your ability, and therefore your suitability for a certain assignment. For more information on the hottest skills for contractors, read our article here.

ContractingWise offers contractors a wide range of industry information with associated solutions, to speak to a member of our team call: 0203 642 8679